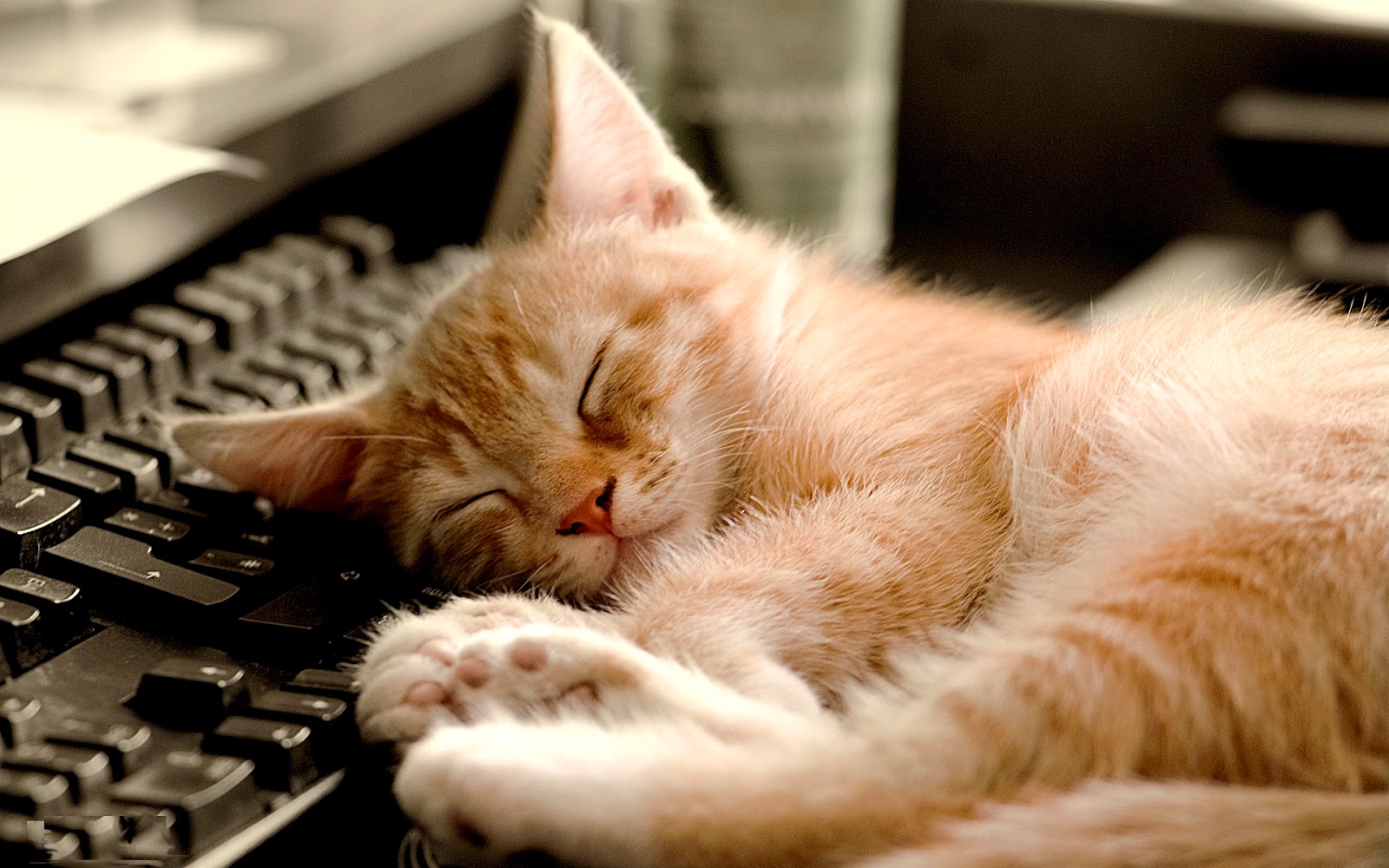 I've been gone for awhile, but don't worry! I'll be back soon.
Right after a nap :)

I haven't been around much (moving is hard work!) and I hope you haven't missed me too much. I just popped in to share some exciting news.

That's right! Winter Storm Rex just swept through. I'm pretty excited to have a Winter Storm named after me! In case you're wondering, naming winter storms has only been a thing for the last few years, and was invented by The Weather Channel. Apparently they only name storms that will have a big effect on a lot of people. Sounds like more serious weather services don't like this much and refuse to acknowledge the names. Although, it does make it easier for folks to be aware of impending storms and be better prepared. It's also tons of fun, especially when they come up with a great name, like Rex. And this is what I learned last night after a quick google search.

This is part of the reason I haven't updated the Finical Feline recently. Too busy learning about silly things. Sorry! More cats soon, I promise.

I hope you take a few minutes to enjoy the snow your favorite cat groomer brought you last night! 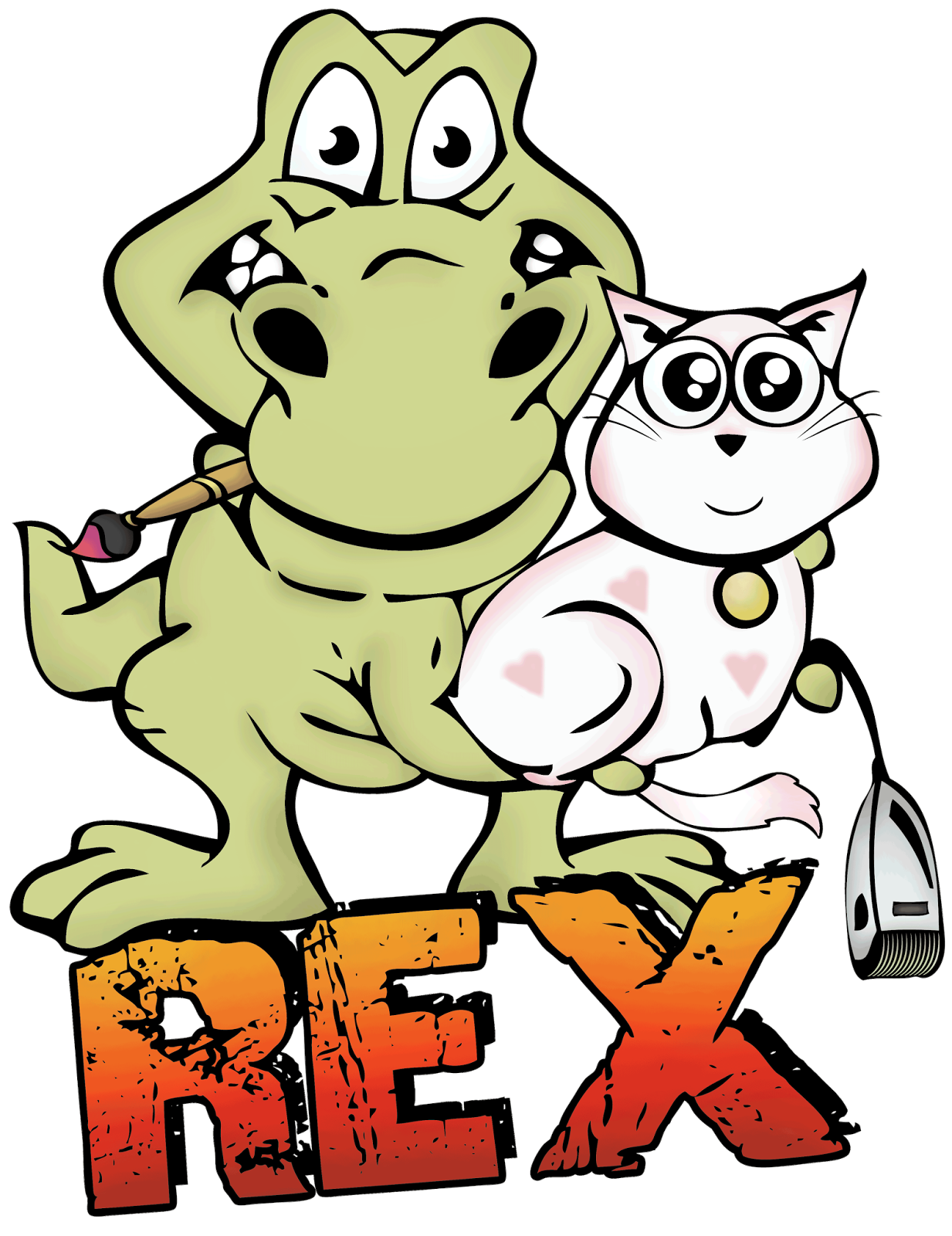 Maybe I should add some snowflakes to my logo! 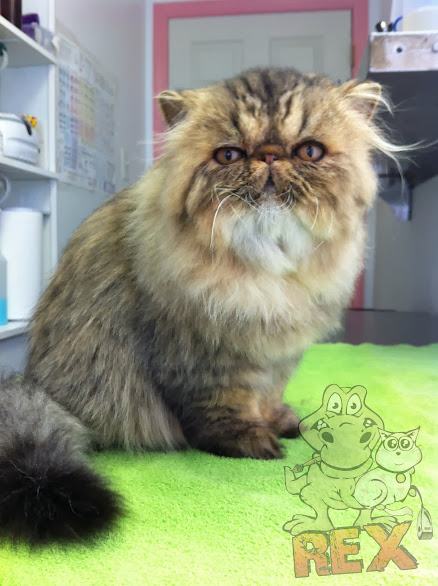 So please...even if your pet looks like the cutest little bear cub, they need to be inside!

Dangers such as frostbite, getting lost or trapped, or freezing to death are very real. Be smart, be responsible! Pets don't often make good choices, it's up to us knowledgeable, reasoning people to do the right thing to keep them safe. 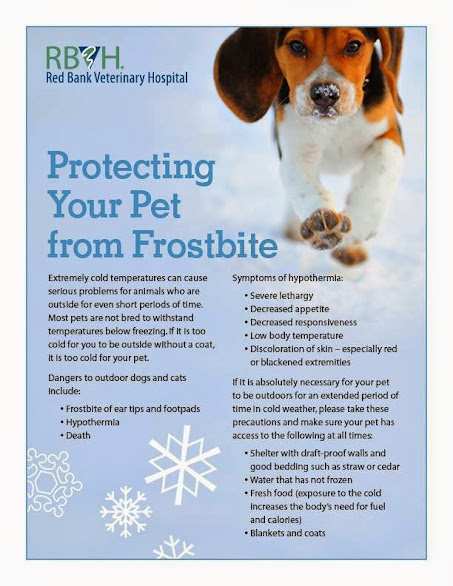 Also, be sure to wash salt off your pet's feet! Products used to melt ice can cause painful chemical burns on your pet's feet. This can easily be avoided by simply using tepid water to rinse their paws each time they come in. A gentle, pet safe shampoo can also be used, just be sure to rinse thoroughly.

Cats are also prone to cuddling up on warm things, and can easily have their pads burned. If you notice your cat is limping, doesn't want to move or seems uncomfortable, immediately check their paws. Look for swelling, redness, cracking or bleeding. Call their vet for further information on how to care for them. No one should have the bottom of their feet burned! Ouchie. 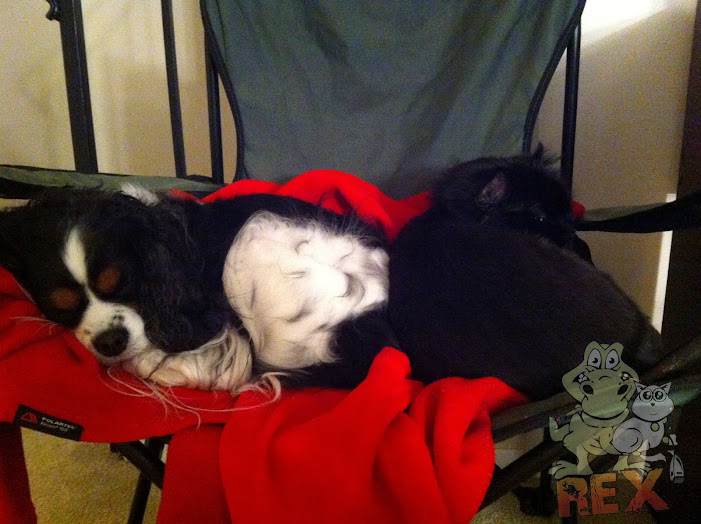 Or better yet, just stay inside and snuggle up with your friends.

Enough wishes of peace, joy, and goodwill towards men.
I hope you and your kitties have a blast opening presents and playing with your holiday loot...and the paper, ribbons, and bows it came in!

Once again, Sara and I participated in a quick little photo contest sponsored by Pure Paws. While we didn't place this time, it was still a lot of fun and helped strengthen my creative thinking. As always, Sara was happy to let a paw. Actually, a hip! 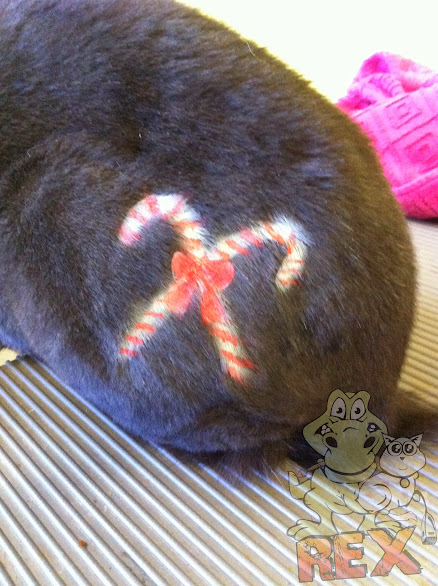 This simple little design took some doing...but it sure turned out cute! 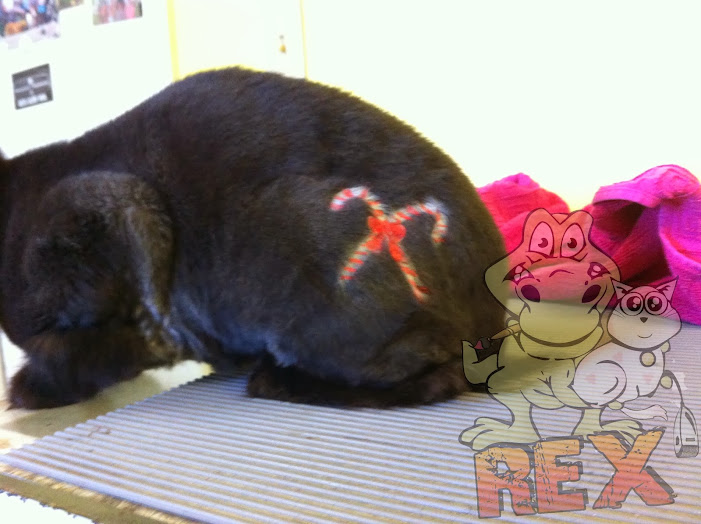 Got the groom, now it's time to set the table... 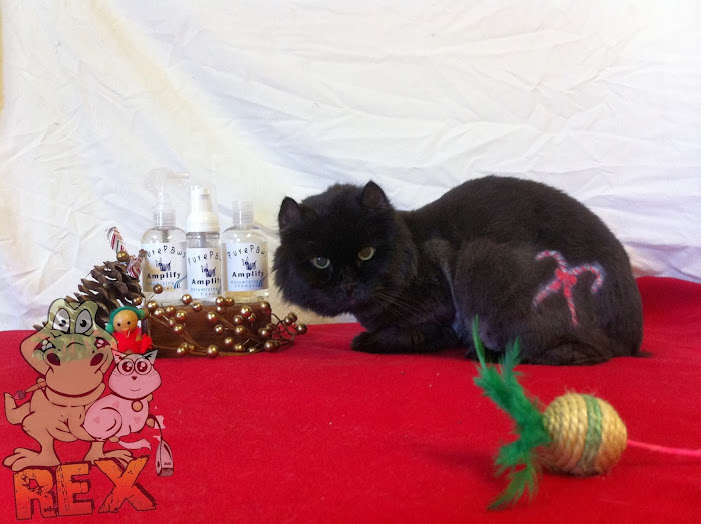 Sara is so good natured about everything. Give her a fuzzy blanket or a pumpkin and she's happy to hang out and let me take all the pictures I need. 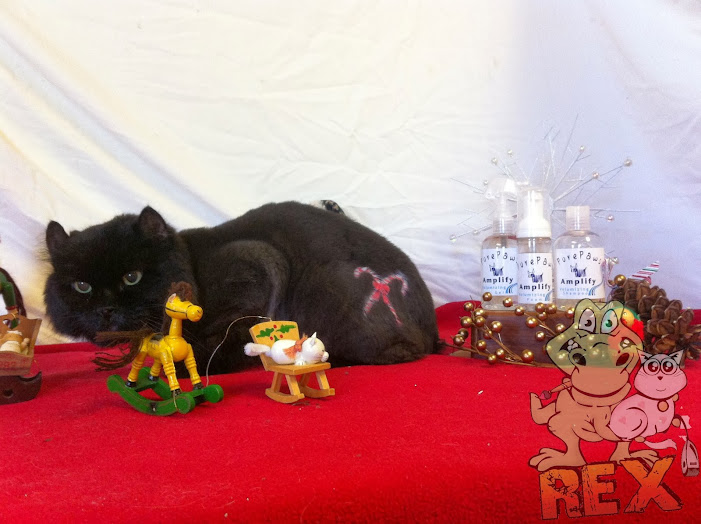 Every cat lover knows how much fun cats have with the Christmas ornaments, on and off the tree! 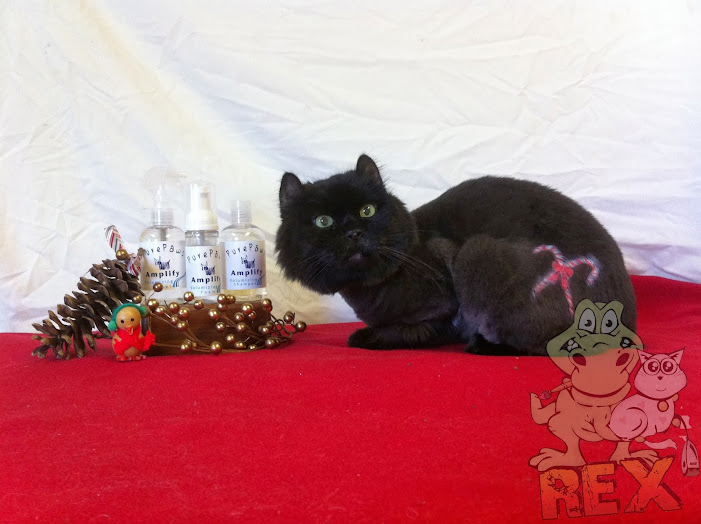 Wishing you all a very Merry Christmas!

Wishing everyone joy and peace this holiday season 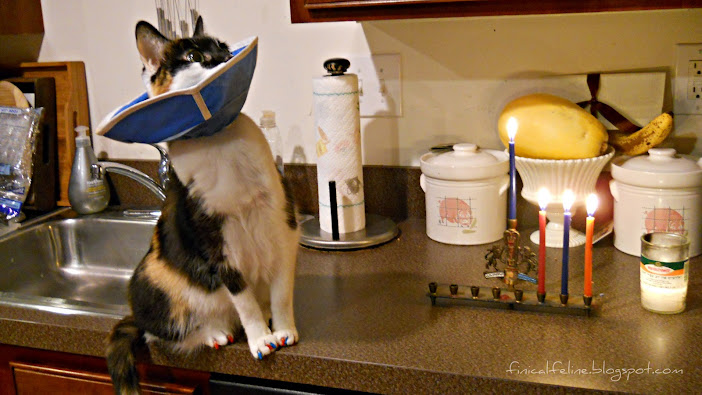 It's been a crazy few months... 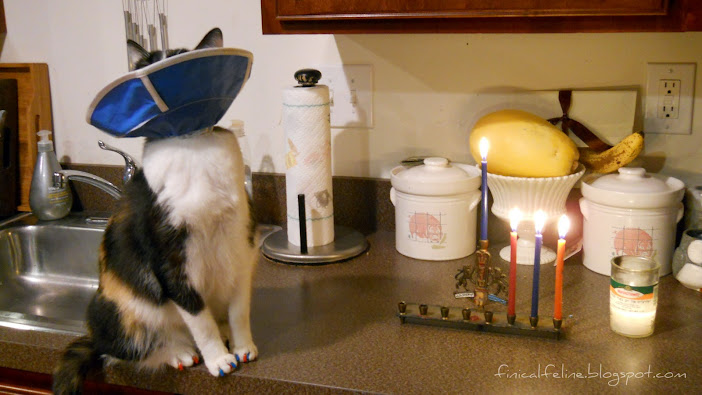 I came across these pictures and got a much needed laugh. 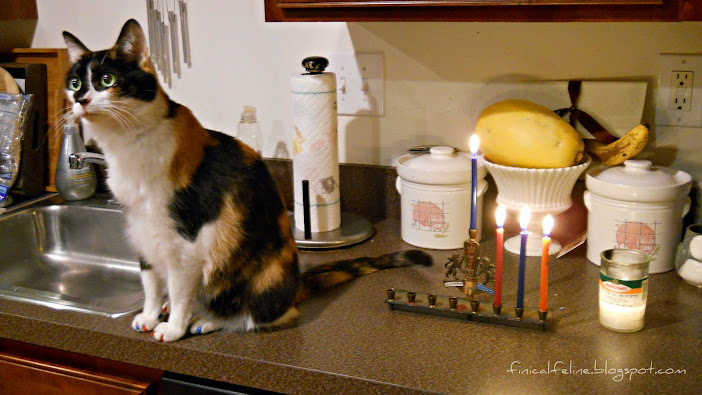 Oh, how I miss that cat!

We'll be back to our semi-regular blogging soon. Promise!

A few weeks ago I found out that a company I really like, Pure Paws, was holding a Halloween photo contest. Basically, they wanted a nice groom, with a touch (or more!) of creative, and some of their products in the picture. That's not too hard! I thought it would be fun to do with Sara. The only problem was that I'm in Horsham, PA, and Sara is back home. So I had one chance to do it, a day or two before the contest closed.

I came up with a great idea that I thought it would be quick and easy and look really cool. (I ended up being right about only one of those!) I had already packed away most of my creative gear, since I didn't think I'd need it until after we moved. But I had a can of special pet spray chalk that I figured would work "just as well." It...didn't. It was trickier and messier than I thought. Unfortunately, I wasn't able to get things done the way I wanted the first try, and I just didn't have the time for a second try. I think I'll do this again, I know exactly where I went wrong, and how to fix it. It's actually an easy fix, so my next attempt at this really will be quick, easy and fun. Live and learn, eh? 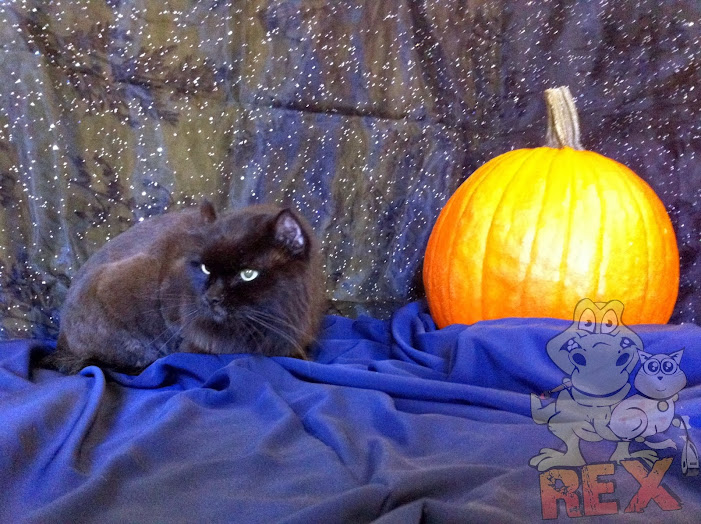 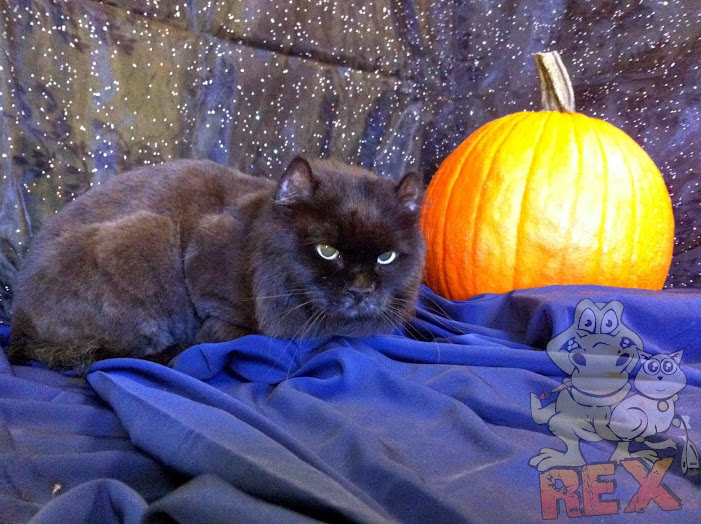 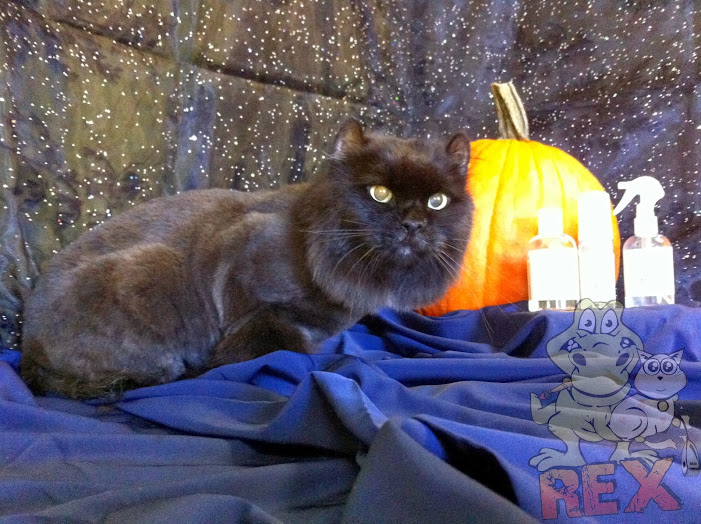 Now to figure out the lighting...
(Solution: turn off all the lights and block the window) 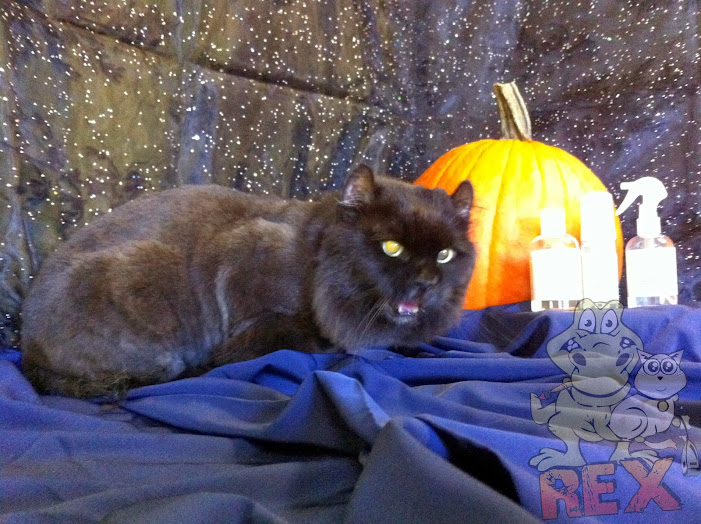 Have you noticed that Sara isn't exactly creatively groomed yet? I was smart and got everything set up BEFORE I groomed her, since I knew the product would be prone to smudging. Good thing I did, it took much longer than I anticipated to figure out how to get everything set up so that it looked good. The pumpkin wanted to reflect back a ton of light, and the labels wanted to wash out entirely. It was frustrating, but we finally got. We just had to turn out all the lights and block one of the two windows. I don't know how there was enough light to take pictures! But it worked. And yes, the entire time Sara was happy to hang out on the table, completely unrestrained. I think she just liked hanging out with us. And she loved the pumpkin! She'd snuggle up against it and purr. 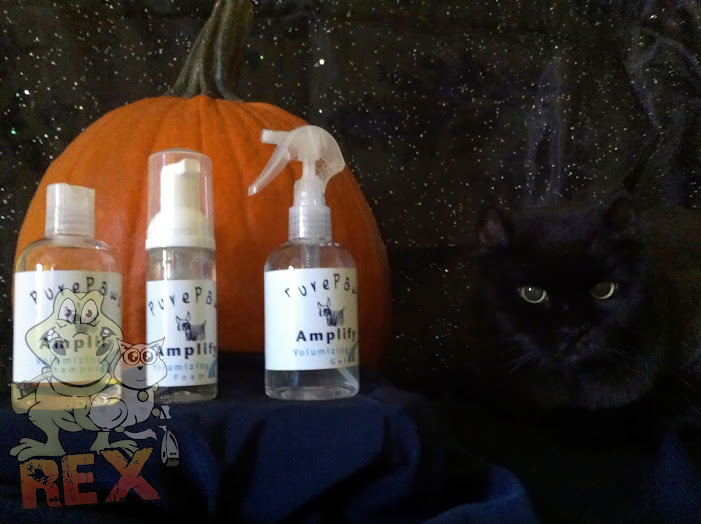 I love my pumpkin.
No judgements. 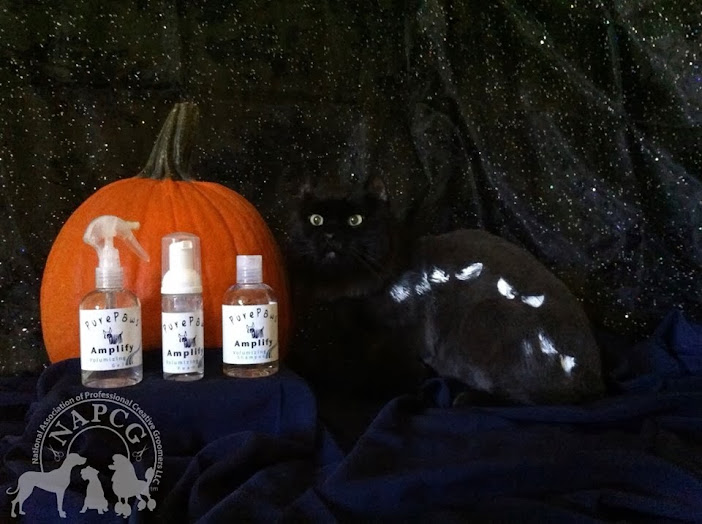 BOO!
Spooky eyes in the darkness! 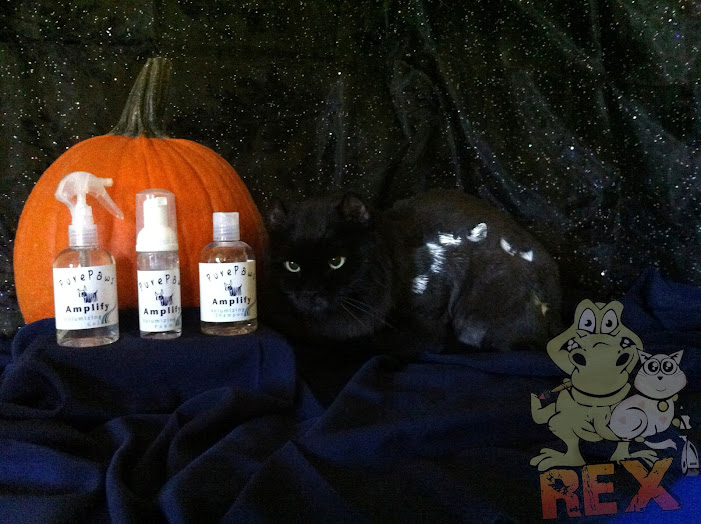 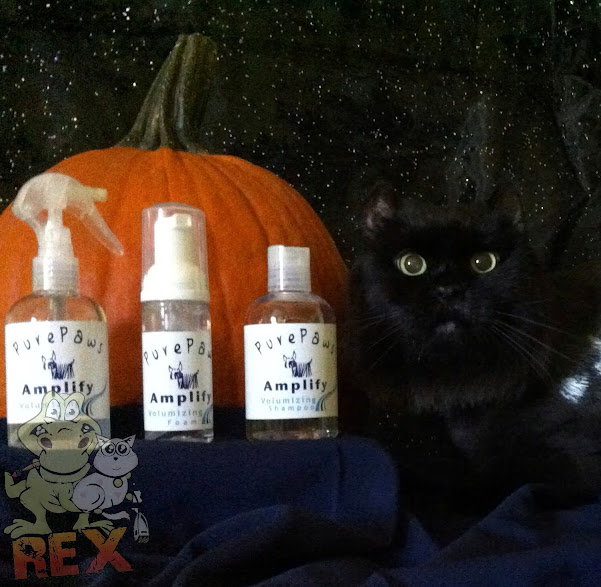 I LOVE MY PUMPKIN

She means it, folks. 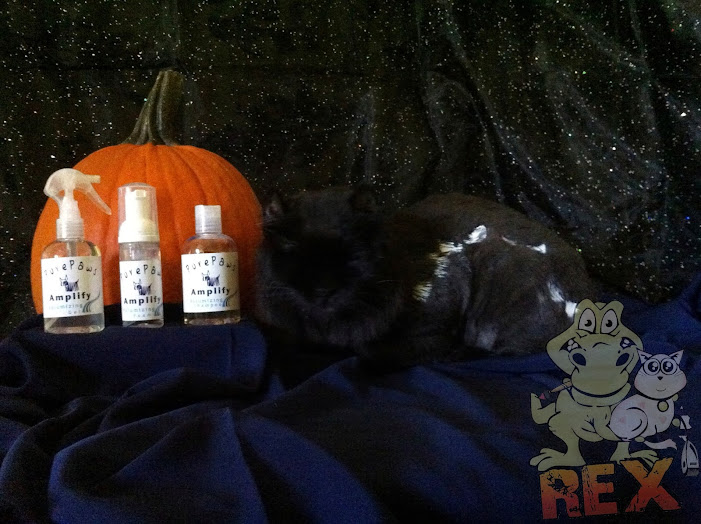 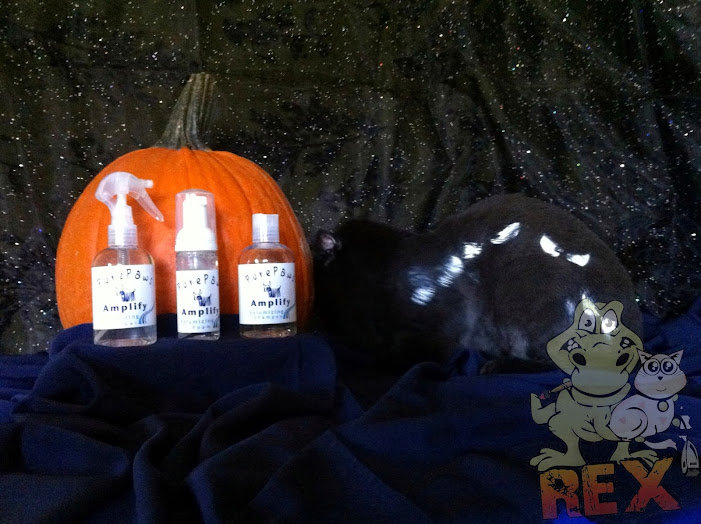 That's kinda how I felt when the eyes started to smudge.
Let's all just close our eyes and face palm with a pumpkin.
Creative grooming can be hard in the most unexpected of ways.
Plus it's tricky to get everything lined up just so.
Groom has to be presented just right, expression has to be just so, camera has to focus...

This ended up being the best picture of the day. Sara and I won 5th place! How exciting and unexpected! Despite the problems I ran into, it was still a lot of fun to do. Sara enjoyed herself, I learned more about creative work, we took a nice picture and what more can anyone ask for?

Huge thanks to Pure Paws for holding another fun contest!
Also, thanks to the NAPCG for doing the judging.

Be sure to check out  Pure Paws on Facebook to see the rest of the entries!
They are SO GOOD. Congratulations to everyone that won! 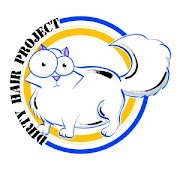 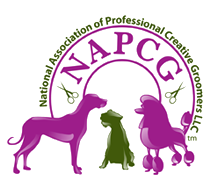